The last direct elimination challenge has confirmed the overall leaderboard in the women’s division, and has reversed the result in the men’s division

The 7th edition of the first Licensed CrossFit® Event in Italy took place from 2 to 5 June in RiminiWellness with 500 athletes from 25 countries, tens of thousands of spectators and over 200 thousand social reaches over the long week-end.

Athletes of all ages and ability levels took to the pitch to challenge their limits and celebrate fitness and health in the spirit of the CrossFit Community, with no online qualifications and direct access to the live elimination phase.

The competition format has been completely renewed, from 3 to 4 days, two of which are guaranteed to all participants with 3 live elimination workouts. Each athlete could choose to perform the Rx or the Scaled version of each workout, based on their abilities.

At the end of the first two days of elimination, the best 228 athletes had access to the semi-final and final phases without further cuts: 4 more workouts of increasing difficulty in the following two days, with increasingly demanding loads and skills.

Thus, after 7 workouts, designed to test strength, speed and endurance on all time domains defined by the CrossFit training method, the winners of the 9 age and gender divisions were declared and took home medals and prizes in money.

Ultimate challenge outside the leaderboard

But the competition didn’t end like that. In fact, outside the overall leaderboard, the final Showdown took place, the ultimate challenge between the Top 5 athletes of the 18-34 age division. On the competition field the best women and the best men who emerged from the entire competition.

Competitors, judges and all the staff remained unaware of the workouts until the last moment, in fact only the Competition Director and the Head Judges knew the workouts in advance. So the final Showdown was a blind challenge!

Only at the time of the start each competitor was directed by their judge to the station to be performed and there they were revealed the number of rounds and the repetitions to be performed during the progress of the workout.

In the first match, the athletes had to carry 4 Sandbags, 40 Kg for women and 60 Kg for men, back and forth through the competition field, 3 times. First elimination for the women, no elimination for the men because one of the Top 5 retired before the start.

Then rope climbs, 3 rounds interspersed with sprints across the competition field, for the second match. Third match based on Handstand Walk, climbing the steps and descending the ramp always on the hands, round trip with an interlude of Burpee Box Jump-over.

Last match for two, a head to head between the best athletes left standing. A classic: 30 Ground to Overhead for time, 45 Kg barbell for women and 60 Kg for men. One of the women withdraws from the match due to a misunderstanding with her judge, all the others continue.

After four grueling knockout matches, EEFKE DREGA and LEONARDO GROTTINO won the final Showdown and took home the 1.000 euros Jackpot, in addition to the prizes already won for their respective overall rankings.

This is the end of the edition of the Italian Showdown which has already been decreed by competitors and spectators as the most successful, with many international athletes finished on the podium and with the youngest Italian athlete winner of the ultimate challenge.

Appointment at the 2023 Italian Showdown from 1 to 4 June 2023, again at RiminiWellness. 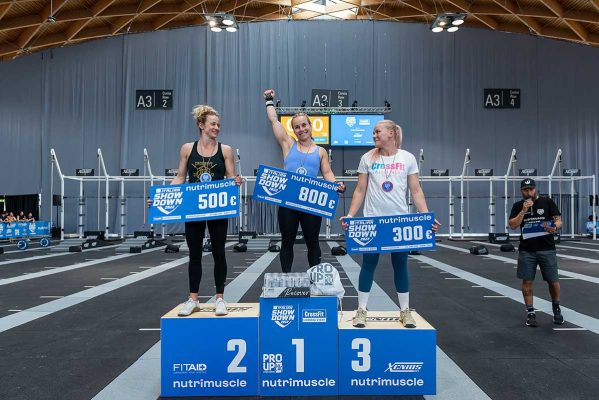 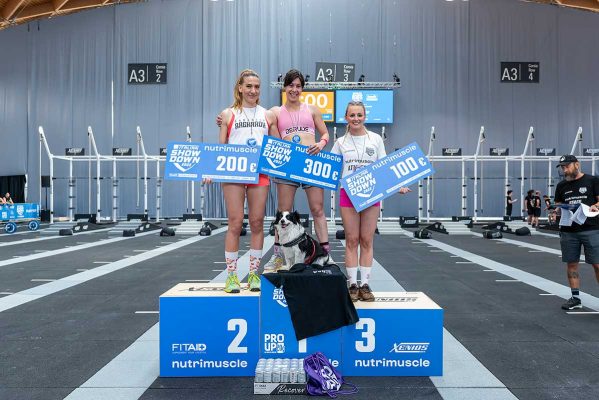 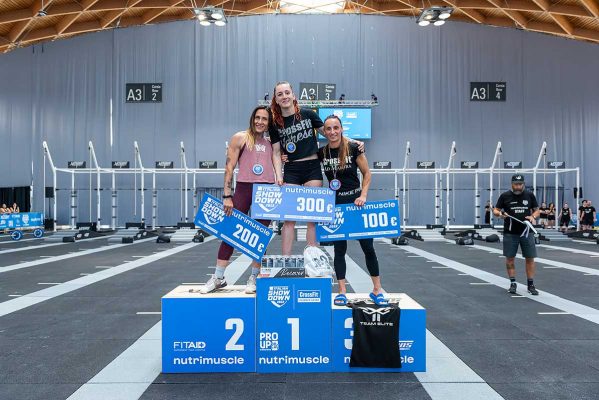 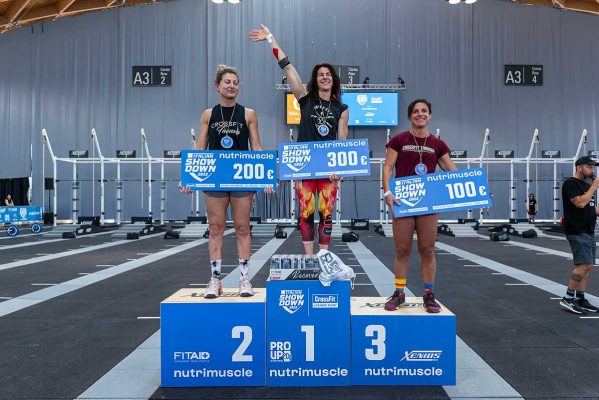 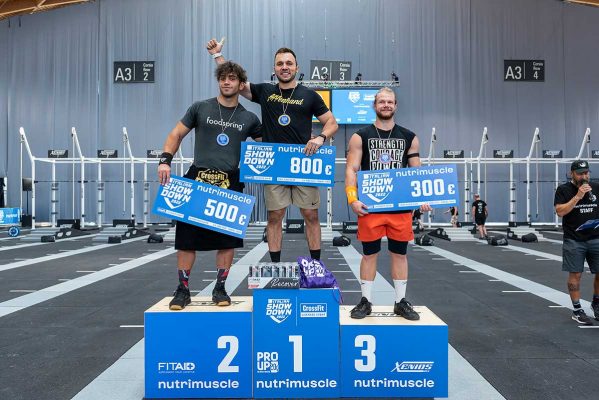 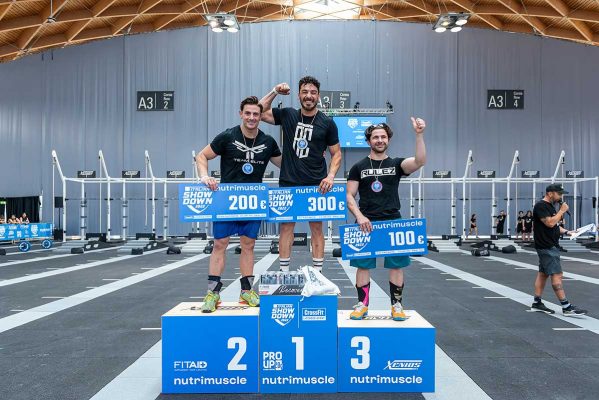 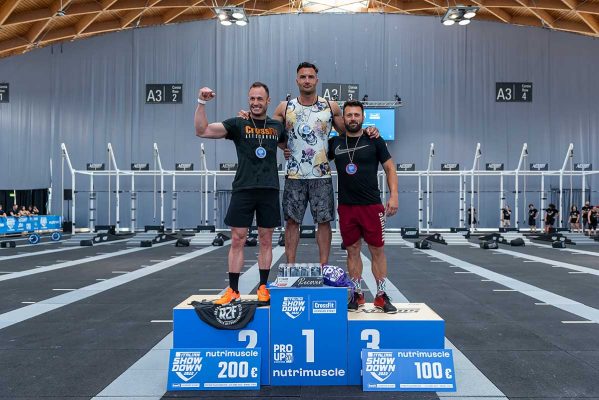 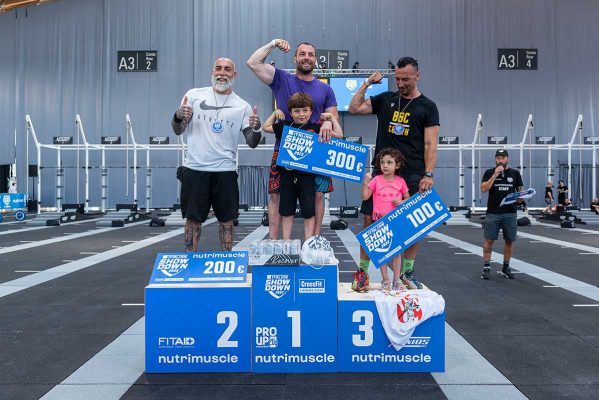 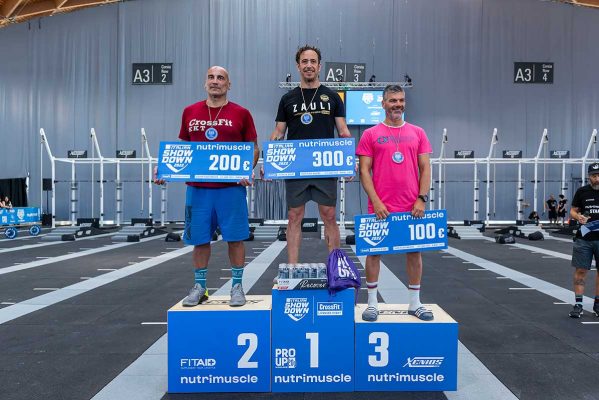